How much alcohol do you drink?

An innocuous question asked by a GP surgery nurse after giving me a pneumonia vaccination. It must have been on her checklist of ‘health’ questions to ask patients.

I told her I drank wine, my weekly units were as per the government’s regulations. She smiled and then we had a brief chat about the delights of sipping chilled white port on holiday.

After I left, as so often happens when one is caught unawares, I wished I had responded pithily. I would have said: ‘Why don’t you ask me how much coke do I drink or how many fruit smoothies I slosh down my throat?’ Or ‘How many chocolate bars do I gobble a day?’ Or ‘bags of crisp?’

Why is it always alcohol that obsesses healthcare professionals?

Answers on the back of a bar mat…

I have re-started running, but very gently. Almost back to where I was this time last year sadly, #couch25k. END_OF_DOCUMENT_TOKEN_TO_BE_REPLACED 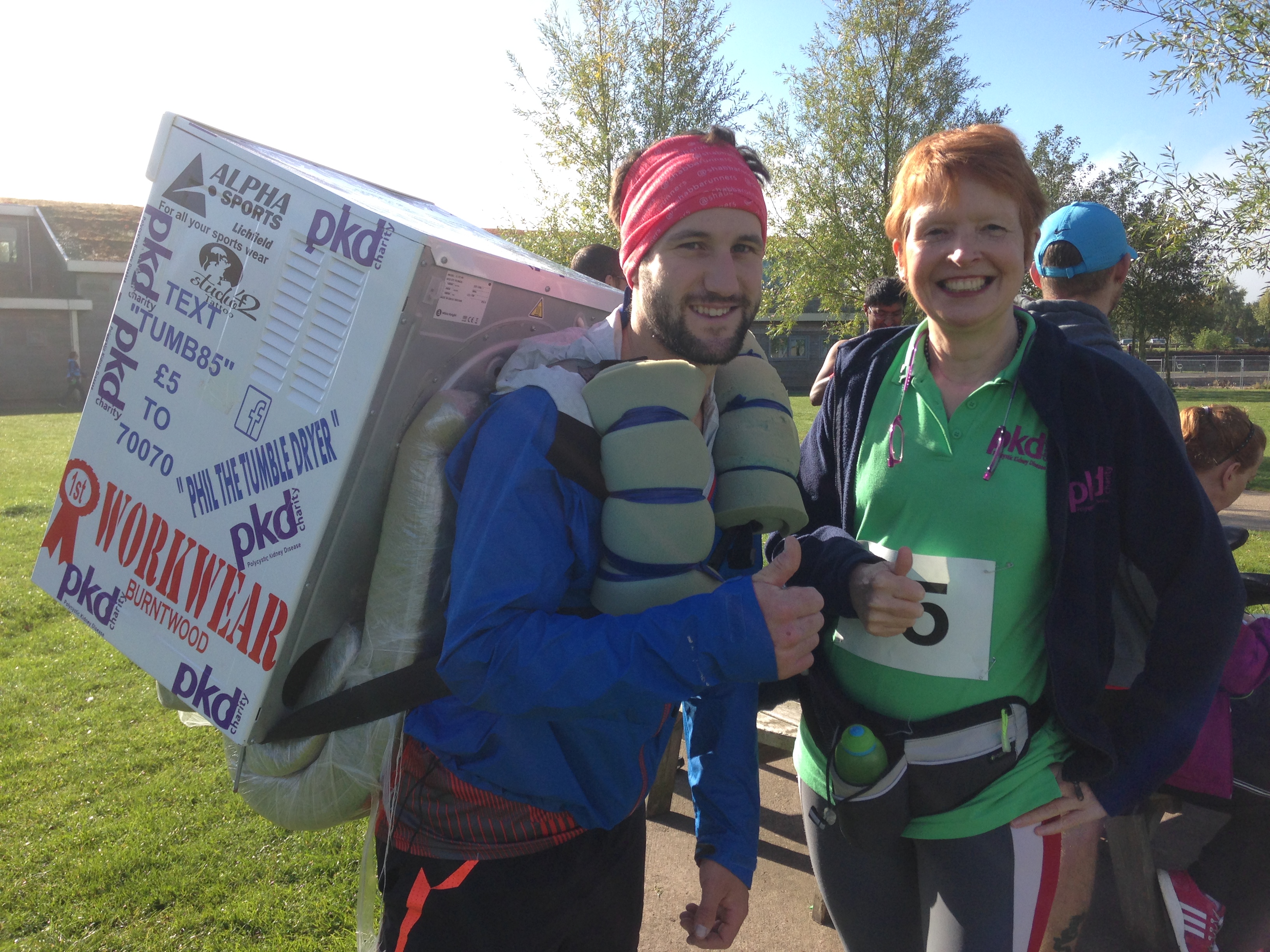 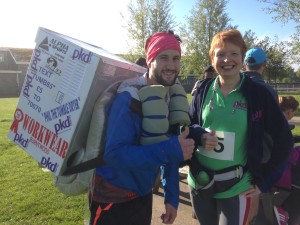 Tess and Phil the Tumble Dryer at the Chasewater 5k

Managed to drag myself to the gym on this chilly damp December morning. Glad that I did, of course. It’s just the palaver of working out what to wear on the way, during and the way back. But I am trying a new training regime and am feeling v determined. (More in the next post…)

END_OF_DOCUMENT_TOKEN_TO_BE_REPLACED

Just completed the second of the 25 minute runs in the #Couch25k plan. Ankles, knees and hips hurt! Maybe because I was running on London roads, unlike the last 25 minute run on springy meadow and lanes in Derbyshire. But I completed it and felt v good.

Admittedly, I ran mostly on the flat and I realised how slowly I was running when I was overtaken a few times. Misjudged the temperature too; should have worn a pair of those skimpy lycra shorts and tops. Two ladies who ran past me were sporting lycra. But I don’t feel brave enough at present to reveal my pale legs and ribby midriff.

I signed up for a ‘competitive’ 5K. Charlie’s Run at Chasewater Park on Sunday 27 September. It’s a Fun Run, but I am taking it very seriously. Organised by a family who do a lot of fundraising for PKD. The last fun run I did in 2012 was a shock; felt knackered and nearly had to use another runner’s inhaler.

In addition to the running, I’m doing a lot of weights and ‘core’ exercises at the local gym. Treated myself to a series of sessions with a likeable personal trainer who is a part-time actress and writer. Was in Harry Potter but she told me she spent all her earnings.

Nipped up the RF for a Dexa Scan of hips and spine. Fingers crossed there’s no bone decay. I see a fab renal bone doctor twice a year. She ensures my vitamin D is at the right level and monitors me for mineral & bone disorder. Phosphate was up a bit at last blood test – although I blame that on eating too much yoghurt with bran sticks. Paradoxically, I was eating the bran/yoghurt to correct a GI issue!

I have a touch of osteopenia however and for nearly 15 years, I’ve taken Fosamax. This was prescribed after getting a leg stress fracture following a charity 5k run. I recall the irony and the amusement in A&E.

For the next 3 weeks, I will up my running to be on fine form on the 27th!

doxi — No Comments ↓
Nostalgic run today. Am visiting family in village where I was born and grew up. I brought my trainers and ran this morning, #couch25k podcast, 2 x 10 minutes with fast short walk in between. A perfect day for running, slightly cool, overhead a blue sky and trees in full, lush leaf.
Just beyond the graveyard (where parents, sister and stillborn nephew silently sleep), I slipped through the familiar gap in the wall and began to run around the old meadow where in former times I walked the dog and daydreamed.
It was originally a wild flower/hay meadow, dotted with cows, but is now mostly used for sports and is tightly mown. There’s a public school in the village, begun by Jesuits decades ago. All boys when I was young and is now mixed. It’s summer so no pupils and I jogged on from the meadow to the cricket/rugby pitches. They have a new pavilion and I thought fondly of the fun we had in the old one! Not to mention making all those teas and sandwiches.
I had a crush on the captain of the 1st 11 cricket team but he wasn’t interested in me, so I dated the captain of the 1st 15 rugby. I wonder where he is now and what he is doing.
When young, I couldn’t wait to get away from this village but I feel more amiable in myself these days. For a few minutes, I envisaged living back here, jogging around the meadow with a dog. A fleeting fancy.
Posted in Exercise

doxi — No Comments ↓
I dragged myself out of bed and am pleased I did as I managed to run (jog) for 20 minutes without stopping. The #Couch25k is working! Felt dreadful for 15 minutes but then the podcaster reminded me to breathe in through the nose and out through the mouth, and that eased the strain. Right knee didn’t feel as crunchy either.
I am still tired however. Thought I’d get a good night after not sleeping too well on Friday but I was tossing and turning, my brain buzzing again.
Spent Friday evening and yesterday in Leeds at the ARPKD Family Info Day. The children were brilliant. Well behaved, got on with each other and the ones with ARPKD are so brave. One had a feeding tube; a slightly built child contrasting with the chunkier kids of the same age. A couple of them are facing possible liver+kidney transplants. Such a young age and they might need kidney transplants later in life too. I felt weepy a few times and had to rush around to keep myself from getting upset.
At our ADPKD events, I’m surrounded by adults with kidney disease but yesterday most of the adults have normal kidneys. They are the carriers and the children have the condition recessively. (Not all the children inherit, it’s 1 in 4 for ARPKD). But I felt a strange kinship with those little mites.
DC is recovering. Hoping to meet in a week’s time. Am very muddled about future, and am trying not to think about it very much.
Trying not to think about the NICE second appraisal either. Everything is out of my control anyway.
Posted in Exercise

Haven’t run all week owing to heat and being in Leeds. Luckily, this morning was cool so I did the next run in the Couch to 5K series. Two runs of 8 minutes, plus 5 minute fast week intervals, in the leafy shade of Regent’s Park. I used to run regularly in the Park, it’s 5K in circumference and has many crisscrossing paths to avoid boredom. The formal gardens were glorious after the early morning rain.

‘Run’ is too strong a word, however, for my efforts these days. I got thru the 8 minutes without stopping but felt I was barely going faster than a walk. Not a very motivating experience. My right knee ligament (the lateral collateral ligament apparently) was aching throughout. I must find some time to go to the gym and ask for specific exercises to strengthen it. Don’t want to risk damage.

A v. good friend had a nasty road accident last week, broke all sorts of bones, is fortunate to be alive but will have to spend weeks recuperating. I worry about damage and illness. Someone asked me recently if I worry about kidney failure. I don’t worry about the failure; it’s the consequences that scare the heck out of me. Weeks not able to work potentially, with no or little income. That’s what ruins my sleep.

Back home, I listen to David Whyte on TED. He’s a poet of my ilk. I like the way he repeats phrases. He quotes another poet who wrote: “Why are you unhappy? Because 98.98% of everything you do and all that you say is all for yourself…and there isn’t one”. Just like this blog!

Stepping up the #Couch25K with 3 runs of 5 minutes, with 3 minutes of fast walking in between. I feel that my VO2 max is improving (a measure of my aerobic fitness). However, when I ran up a few steps by the canal, I felt pain in my left knee. END_OF_DOCUMENT_TOKEN_TO_BE_REPLACED

#couch25k Session 4.4 Ran for 16 minutes, spread across 30 minutes. Including two runs of 5 minutes. Darn hard! Took the canal route to Kings Cross, weaving between the evening walking and cycling commuters. Quite cool, thankfully. Amusing moment on the temporary pontoon section, which bounced left and right over the water with the commuting crowds. END_OF_DOCUMENT_TOKEN_TO_BE_REPLACED

#Couch25k Session 4.2 completed! Nearly gave up. It’s around 7pm and still warm (22C), but I persevered in honour of the ‘paaytients’. I probably shouldn’t have had that prosecco for lunch but it was a super special occasion 😉  (I’ll write more about that when it’s public). END_OF_DOCUMENT_TOKEN_TO_BE_REPLACED